Mumble in the Jungle 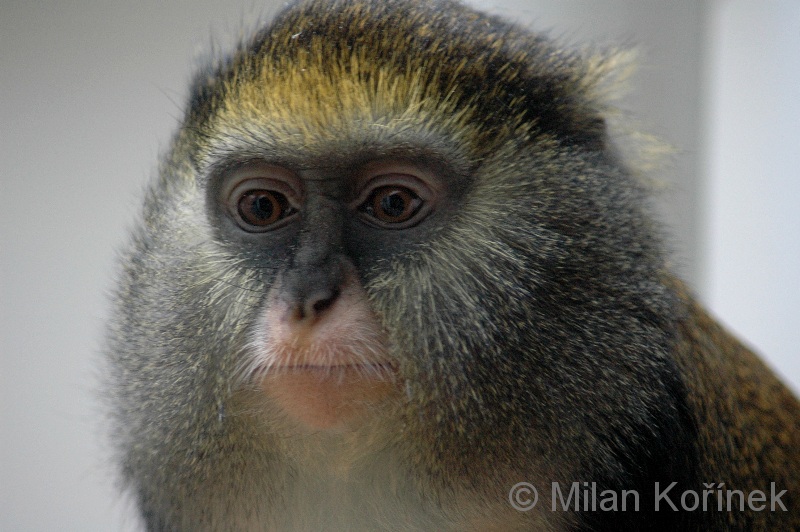 This week, the New York Times ran an article about a recent scientific discovery in the predator alert calls of Campbell's monkeys. Strikingly, they seem to have the ability to create complex calls out of multiple elements - a "morphological" (word building) process previously thought to only take place in human language.

Human languages do this all the time - for example the word 'walked' is built of two morphemes, one carrying the main verbal action 'walk' and the other marking past tense '-ed'. In the case of the Campbell's monkey, morphemes are often combined to indicate different types of threats. Previous observations of monkeys have shown that they sometimes use different types of calls for different types of predators, but what's unique about these calls is that some of them can be combined with other calls to change their meaning. So, instead of just having a "jaguar!" call and an "eagle!" call as has been observed in Vervet monkeys, Campbell's monkeys have a "leopard!" call that can be combined with a suffix that changes its meaning to indicate a less specific threat:

Crucially, “krak” calls were exclusively given after detecting a leopard, suggesting that it functioned as a leopard alarm call, whereas the “krak-oo” was given to almost any disturbance, suggesting it functioned as a general alert call. Similarly, “hok” calls were almost exclusively associated with the presence of a crowned eagle (either a real eagle attack or in response to another monkey's eagle alarm calls), while “hok-oo” calls were given to a range of disturbances within the canopy, including the presence of an eagle or a neighbouring group (whose presence could sometimes be inferred by the vocal behaviour of the females).

Just as artificial intelligence researchers have been busy over the last several decades celebrating each previously-unique human capacity achieved by computers, biologists have been finding behaviors once thought to mark the uniqueness of humans in other animals. Neurobiologist and primatologist Robert Sapolski recently gave a lecture at Stanford about the uniqueness of humans, which provides a great overview of what we share and don't share with other animals (as is currently understood).

Similarly, primatologist Frans de Waal has made a career of describing the political, cultural, emotional and moral lives of primates. His work has illustrated the evolutionary breadth and depth of many human characteristics previously thought to be recent behavioral innovations without precedent and unique to our species.

As artificial intelligence research looks forward to recreating human capabilities it focuses our efforts to understand those capabilities. Similarly, in identifying in other animals capacities like syntax once thought to be unique to humans, we are afforded a clearer look back on the deep history and development of those capacities. Looked at this way, it actually did take millions of years to produce the works of Shakespeare.