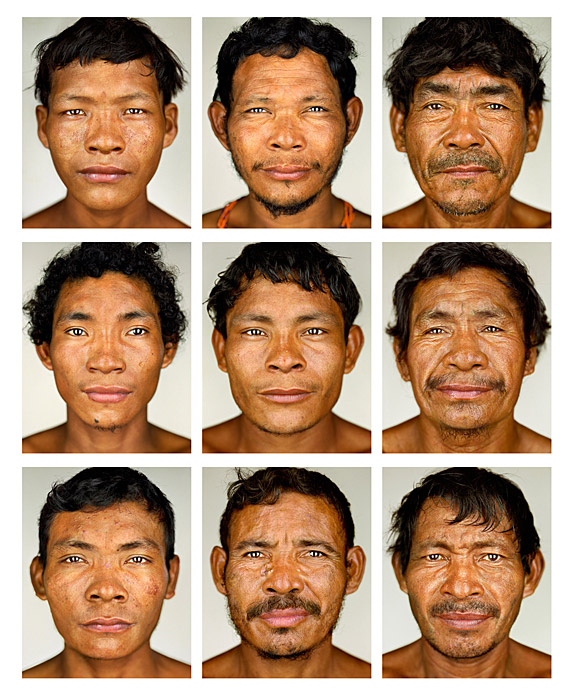 Martin Schoeller's portraiture reveals an unexpected familiarity with his subjects, who range from the well-known to the anonymous. The photographer's portraits of Pirahã tribesmen serve as a compelling follow-up to the work of Daniel Everett, who recounted his experience living with the Amazonian community at one of our seminars in March. Schoeller's portraits appeared in the The New Yorker and later in Everett's book, Don't Sleep, There are Snakes: Life and Language in the Amazonian Jungle.

The series, Pirahã Grid, is currently on display at Washington, D.C.'s, National Portrait Gallery, alongside other work featuring such familiar faces as President Barack Obama and Angelina Jolie. The subjects were shot close-up against a white background, in the kind of stark and intimate portrayal that academic studies rarely capture. Schoeller's photographic style exhibits a striking clarity of detail while decontextualizing the subjects in a manner that, according to the Gallery, questions "the very nature of the categories we use to compare and contrast."

"In a close-up, the impact stems solely from the static subject’s expression or apparent lack thereof, so the viewer is challenged to read a face without the benefit of the environmental cues we naturally use to form our interpersonal reactions."

The series will be on display in the Gallery until September 29th of this year.