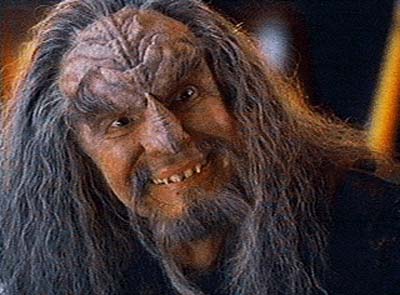 What do Klingon, Elvish and Esperanto have in common? They are all explicitly constructed languages -- some for fictional worlds, some for the real world. Some are created to entertain, others have such lofty goals as achieving world peace. Some have dictionaries, grammars and language academies. All have a fair number of real world speakers, and probably even a few native speakers. But none, so far, have been the subject of serious linguistic inquiry...until now.

In her recently published book In the Land of Invented Languages: Esperanto Rock Stars, Klingon Poets, Loglan Lovers and the Mad Dreamers Who Tried to Build a Perfect Language, linguist Arika Okrent takes a serious look at as many of these as she could find (about 900 are well documented over the past several hundred years). In these languages, often dismissed as whimsy, she finds a kind of ingenuity that is uniquely human, and a creative drive that can shed light on our own identification with languages and what they can and cannot achieve for us as speakers. The NPR program "On Point" aired this hour long interview with Arika Okrent today.

We at The Rosetta Project have always thought invented languages are totally cool (after all, philologist J.R.R. Tolkien wrote in his letters that he created Middle Earth as a way to showcase his invented languages and what could be cooler than that?). The invented languages Esperanto and Interlingua are both represented the Rosetta Disk -- we have Genesis translations for both (hint: look in the European region for languages of France).