Does language affect thought? A new look at an old debate. 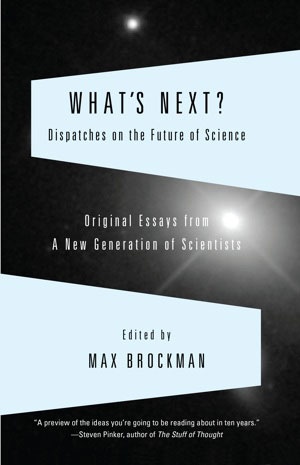 Whether the language you speak fundamentally shapes your thinking (sometimes referred to as "linguistic relativity") is a question that usually comes up in Linguistics 101, along with a set of well known examples -- Hopi time, Eskimo words for snow -- that would seem, a priori, to indicate the answer is "yes". Recent research, however, conducted by Lera Boroditsky and discussed in her contribution to "What's Next? Dispatches on the Future of Science" go a long way towards actually proving this is the case.

In one reported study of several:

"We gave people sets of pictures that showed some kind of temporal progression (e.g., pictures of a man aging, or a crocodile growing, or a banana being eaten). Their job was to arrange the shuffled photos on the ground to show the correct temporal order. We tested each person in two separate sittings, each time facing in a different cardinal direction. If you ask English speakers to do this, they'll arrange the cards so that time proceeds from left to right. Hebrew speakers will tend to lay out the cards from right to left, showing that writing direction in a language plays a role. So what about folks like the Kuuk Thaayorre, who don't use words like "left" and "right"? What will they do?

The Kuuk Thaayorre did not arrange the cards more often from left to right than from right to left, nor more toward or away from the body. But their arrangements were not random: there was a pattern, just a different one from that of English speakers. Instead of arranging time from left to right, they arranged it from east to west. That is, when they were seated facing south, the cards went left to right. When they faced north, the cards went from right to left. When they faced east, the cards came toward the body and so on. This was true even though we never told any of our subjects which direction they faced. The Kuuk Thaayorre not only knew that already (usually much better than I did), but they also spontaneously used this spatial orientation to construct their representations of time."