Cherokee has become the first Native American language to be fully supported by Gmail. As the 57th Google interface language, Cherokee can now be used to compose emails as well as perform web searches. The news reveals another exciting collaboration between a large technology company and members of the Cherokee Language Technology Department, who also worked with Apple in 2010 to develop full Cherokee language support for the iPhone, iPod and iPad.

Cherokee makes use of a unique writing system which was developed in 1821 by a member of the Cherokee Nation named Sequoyah. Although reminiscent in style of some Latin, Greek and Cyrillic scripts, each of the 85 Cherokee characters indicates a syllable of speech rather than an individual sound. For instance, the word “Cherokee”, is composed of the three characters “ᏣᎳᎩ”, each representing the syllables “tsa” “la” and “gi” respectively. Upon official adoption by the Cherokee nation in 1825, the writing system spread rapidly across disparate Cherokee territories.

Although currently reported to be spoken by around 16,000 people, a 2002 survey by the Cherokee Nation revealed that fluency in the language is exclusive to those over 40 years old. Connecting Google and Cherokee directly addresses the tribe’s younger generation by making the language both relevant and useable for everyday tasks such as sending an email. The language is not only being preserved, but also promoted, modernized and made accessible. 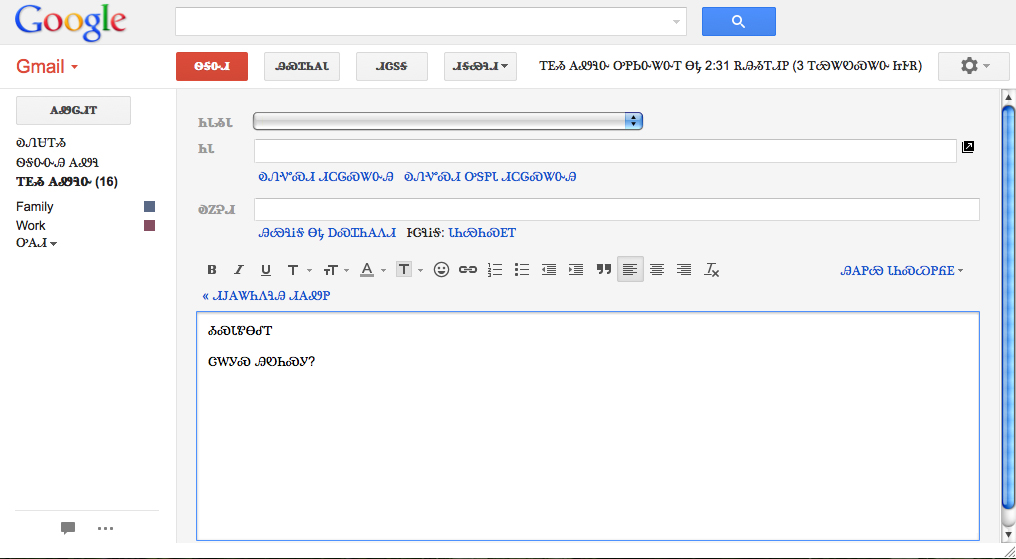